With more than 25 years of NHRA racing under his belt, and more championships than Tom Brady has rings, veteran racer Steve Williams has a sharp eye for seeking out every advantage he can.  While many sports claim the cliché of “It’s a game if inches,” NHRA drag racing takes it to another level unrivaled in any sport, when winners are often decided by thousands of a second.   Williams, who is also Chief Engineering Officer at K & N, is now using a waterless coolant to bring him over the winning side of those critical thousands of a second.We spoke with Steve about using Evans waterless coolant technology and here’s what he had to share with us:

What was the primary reason you decided to use Evans waterless coolant?
One of the primary reasons I started using Evans is it solves a surface rust issue many of today’s race engines suffer from, because of small amounts of water collecting in the cylinders in between races from pressure in the cooling system.  The absence of water in Evans eliminates corrosion and electrolysis. Water eats at your engine from the inside out, leading to loss of ring seal, less compression, reduced power and expensive problems. Evans provides insurance against those issues, permanently.

So, protection is important, but what about performance?
The performance advantage is that Evans is so stable at the temperatures we run in drag racing that it significantly reduces pressure and eliminated the need for pulling the plugs and fogging the cylinders in between races with your choice of light weight oil.  Vapor pockets and hot spots are avoided, preventing pre-ignition and detonation.

Had you experienced any of those problems in the past?
Yes, we find the evidence on the cylinder walls and the effect on the rings when we rebuild our motors. I have also seen in the later rounds of competition too many other racers overheat and lose coolant due to excessive temperatures water couldn’t handle. Vapor forms, pressure builds, and that can be very problematic. Evans’ high boiling point means the coolant will always remain a liquid, well past the point where water will boil. Maintaining constant liquid-to-metal contact is key to keeping metal temperatures under control.

Which car do you use Evans in?
I’ve had it in my Corvette Super Gas car for the last few months and will have it in my Super Comp Dragster before Indy. Once installed I don’t have to think about changing out, since Evans will last the life of the engine.

In terms of removing the water, was the installation process challenging?
No, it wasn’t difficult at all. We took our time because we knew we needed to do a thorough job of getting all the water out. We drained the radiator and block completely, blew high volume air through the system to remove the rest. We filled with Evans Prep Fluid as a flush, to circulate and absorb any residual water. After draining the Prep Fluid we filled with Evans High Performance coolant, let it run, bled the out air, and topped off. Our goal was 0% water, but we ended up at 1% - well under the maximum of the 5% limit.

What have you noticed since using Evans?
Well, the first race I used Evans was in Sonoma and we won. It was a great start, and clearly the temperatures were consistent round to round and everything went well.

Anything else our readers should know about Evans waterless coolant?
I’m glad to see that Evans has also joined the NHRA contingency program in a major way supporting sportsman drag racing. Evans is a great new product that is affordable, and, whether it’s for preservation or performance, Evans solves a problem. And the bonus is Evans gives back to the racer when they win.

Evans is participating in the following classes:
Top Dragster 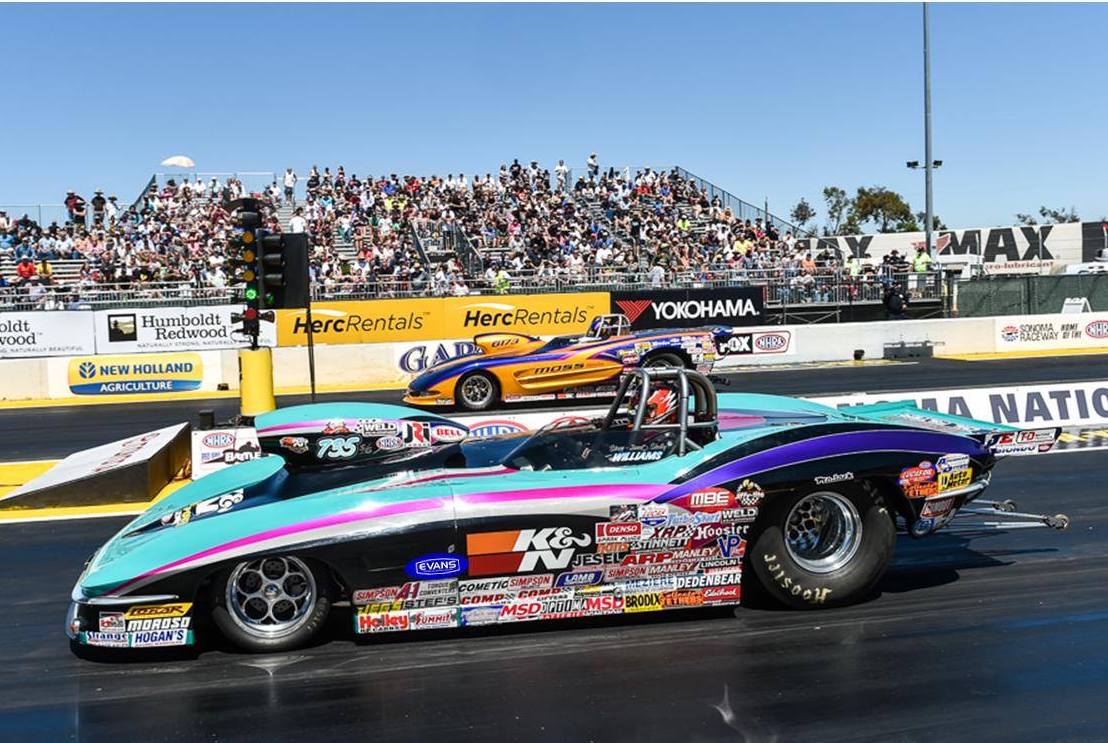 Racers can register for the program by going to: www.evanscoolant.com/nhra/
For tech questions, call 888-990-2665.