Why is Engine Coolant Important? 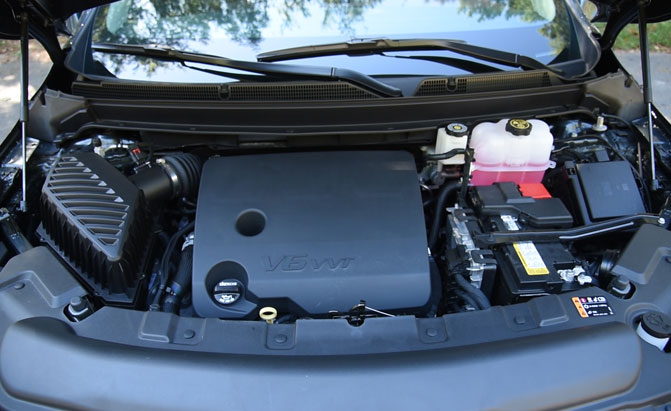 As with the other fluids in your car, engine coolant plays a big role in how your car is running and should be monitored consistently. The frequency of checks will depend on the type of vehicle as well as its overall mechanical condition and driving history.

Ignoring the condition of fluids in your vehicle’s engine bay is never a good idea. Even more so when it’s engine coolant. Understanding what engine coolant does for your engine’s life both in the short and long run is a good starting point.
Engine coolant is a liquid mixture of water and antifreeze located in your vehicle’s radiator. It prevents your engine from overheating in hot weather and freezing in extreme cold weather, conditions where things can go very wrong for an engine.
General practice is to mix the water and antifreeze 50/50 within a car’s cooling system, but that rule is not set in stone. Given the varying weather conditions cars can be operated under, mixes can be altered to either increase boiling point or decrease the freezing point limit. This is to match the mix to the current weather condition the vehicle is being operated under. Choosing a mix that puts the least amount of heat pressure on your engine is what’s ideal. 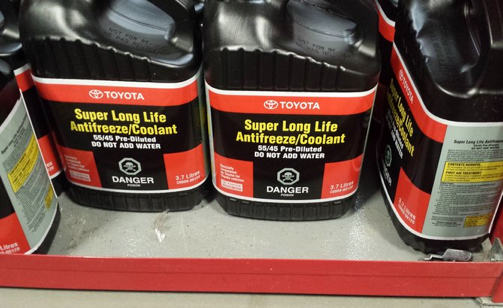 Why You Shouldn’t Ignore Coolant Maintenance

The effects of poor coolant maintenance can be catastrophic and, even worse, possibly irreversible. Robin Lash, the service relationship manager at a Toyota dealership, says, “The coolant we offer to our customers is expected to naturally degrade over time due to possible severe driving conditions. This may introduce unnecessary moisture into your car’s cooling system. Moisture makes your cooling system work much harder than normal especially when that turns to vapor and unnecessarily heats up the metal components in your engine.”
Mike Tourville of Evans Waterless Coolant offers a unique solution. His company offers a waterless coolant with a higher boiling point and a lower freezing point. This instantly reduces the likelihood of protective elements in the coolant from being broken down from water particles over an extended time.
In addition, a higher boiling point of 375 Fahrenheit compared to the 223 Fahrenheit boiling point of conventional ethylene glycol coolants prevents the waterless coolant from ever boiling and generating steam at all.
“Corrosion is a process in the cooling system that can quickly get out of control. Some contaminants from corrosion are very difficult to entirely remove even after a comprehensive cooling system flush,” Tourville says. “The best thing to do is to avoid initiating the process of corrosion in the first place; something our product is specifically designed to do.”

Customers need to be aware of their engine coolant maintenance schedules. Some automakers, Toyota, for example, have made changes to the type of coolant used in their vehicles. Initially, coolants were in pure, undiluted form and needed to be diluted with water in a particular ratio (60 percent coolant and 40 percent water) to be properly effective.
After 2004, Toyota changed from a 30,000-mile interval lifelong coolant to a more extended 100,000-mile super long life coolant. This coolant doesn’t need to be mixed with water and helps to better detect leaks in your cooling system faster. As well as ensuring your coolant is always at optimum levels (never close to the minimum mark on the side of the expansion tank), it is also important to ensure it is making the cooling system function as intended.
Other companies like Audi and Mercedes have shorter coolant maintenance schedules for their newer vehicles. Audi requires an 18,000-mile interval service schedule and Mercedes requires an even tighter service schedule at 10,000 miles for most of its model range of gasoline engines.

Consumers should pay attention to instruction manuals for engine coolants they choose. Every type of coolant has specific instructions and even a slight deviation in following the instructions can make the coolant not function as expected.
Closely following your car’s manufacturer’s specifications for engine coolant top-ups should be the ultimate rule. Larry Funnell of Recochem Inc., a wholesale distributor of various engine coolants says, “Car manufacturers consult with the company to configure coolants which will work specifically for that engine’s intended performance level and even fuel economy standards.”
Fuel economy can also begin to suffer if you make assumptions about how to top-up your engine coolant and, even more importantly, when a complete coolant system drain is required.

Dealing with engine coolant maintenance and doing it properly is a combination of being diligent, following your car’s manufacturer instructions to the letter, and clearly understanding what it is the coolant is doing to your engine to make it function properly.